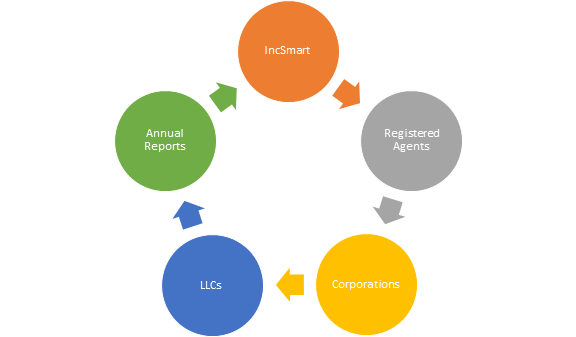 Checklist for Starting a Business

The checklist below provides the basic steps you should follow to start a business. This list should not be construed as all-inclusive. Other steps may be appropriate for your specific type of business.

Information about specific industries can be found at the Industries/Professions Web page.

Refer also to the Small Business Administration's Steps to Starting a Business.

You will be required to obtain a new EIN if any of the following statements are true.

You will not be required to obtain a new EIN if any of the following statements are true.

An LLC is an entity created by state statute. The IRS did not create a new tax classification for the LLC when it was created by the states; instead IRS uses the tax entity classifications it has always had for business taxpayers: corporation, partnership, or disregarded as an entity separate from its owner, referred to as a “disregarded entity.”  An LLC is always classified by the IRS as one of these types of taxable entities.  If a “disregarded entity” is owned by an individual, it is treated as a sole proprietor. If the “disregarded entity” is owned any any other entity, it is treated as a branch or division of its owner.

You will be required to obtain a new EIN if any of the following statements are true.

You will not be required to obtain a new EIN if any of the following statements are true.

The IRS cannot cancel your EIN. However, if you receive an EIN but later determine you do not need the number, the IRS can close your business account. The EIN will still belong to the business entity and can be used at a later date, should the need arise.

To close your business account, send a letter that includes the complete legal name of the entity, the EIN, the business address and the reason you wish to close your account. If you have a copy of the EIN Assignment Notice that was issued when your EIN was assigned, include that when you write to us at:

The assigned EIN will be disclosed to the third party upon successful completion of the online application.
The taxpayer will receive a computer-generated notice from the IRS stating that the EIN was assigned.

Pursuant to requirements imposed by the Internal Revenue Service, any tax advice contained in this communication (including any attachments) is not intended to be used, and cannot be used, for purposes of avoiding penalties imposed under the United States Internal Revenue Code or promoting, marketing or recommending to another person any tax-related matter.

You have already add this product into compare list.

I agree to allow IncSmart.biz Inc to store and process my personal data as described in the Privacy Policy